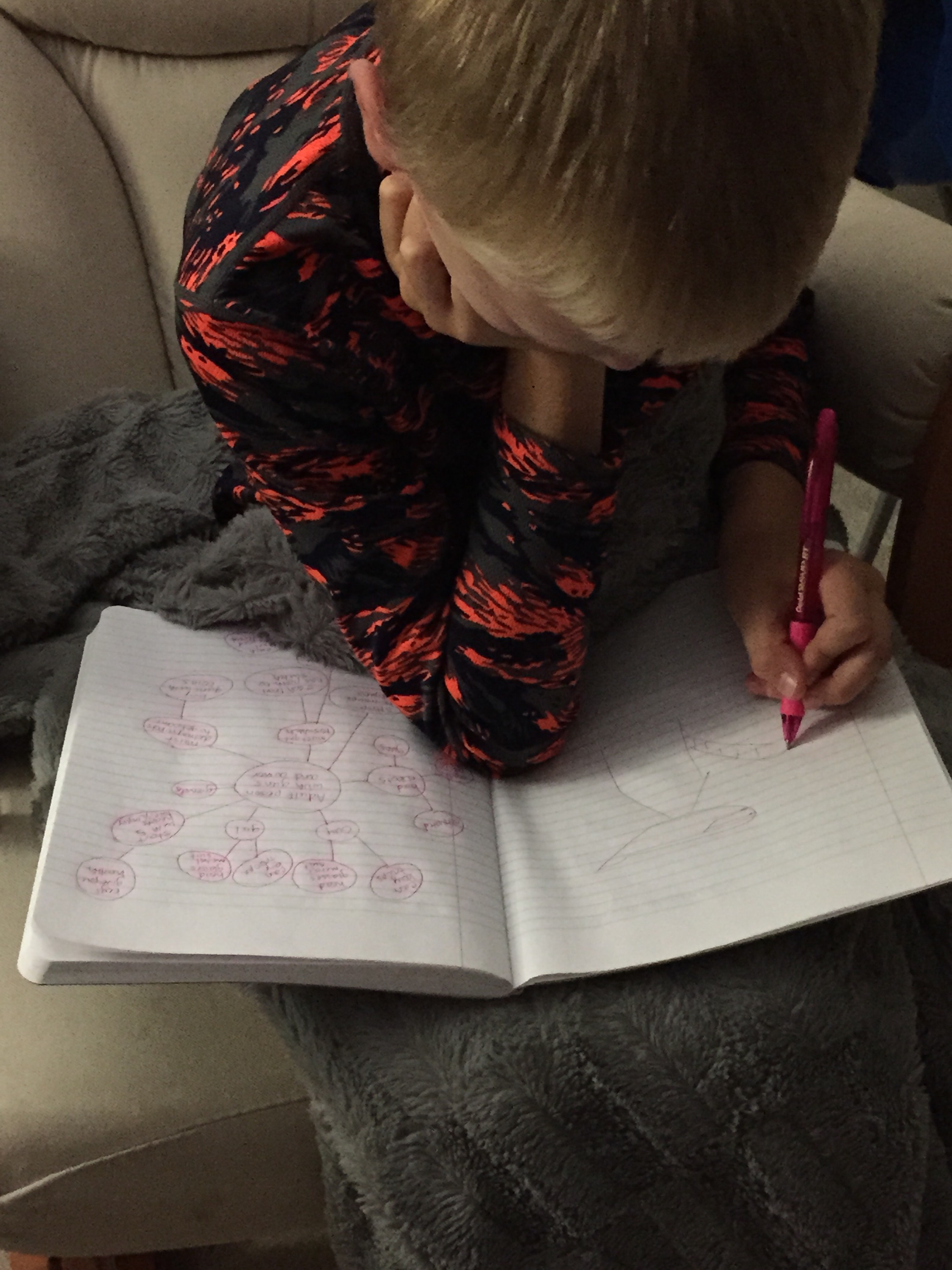 “I don’t have any ideas,” moaned my middle son. If he were a novelist, he might have said he had writer’s block. He wanted to work on his new boardgame idea but he was in the midst of a creative crisis. He didn”t know how to  get from his basic idea into the drawing stages and from there into the production stages. It seemed overwhelming. And he couldn’t stop thinking that in the end, his idea would not be as good as the games his older brother had created.
I really detest the phrase writer’s block. It’s such a vague term and sounds like a horrible disease. Hang on – a good disease anaolgy could be made to anemia. Anemia isn’t a disease, it’s a symptom of a larger problem. In the same way, writer’s block isn’t actually the problem, it’s a symptom of a larger problem. In a novel or a story, the larger problem might be a weak plot, characters who don’t want something badly, or not enough obstacles. With enough hard work on those elements it becomes evident that writer’s block is actually a useful sign of a underlying problem that needs to be fixed.

So what was the underlying problem for my son? In his case, since he’s only 8, he was overwhelmed by the number of ideas he wanted to capture and not sure how to outline the elements of the game he had swirling in his brain. When he gets frustrated, this kid can go off the deep end and refuse to listen to any suggestions. Luckily I caught him in time and introduced the spider web concept of brainstorming and capturing ideas. He really got into it. It helped him jot down the ideas he already had AND generate new ones! I don’t want to brag but it was pretty much a parenting win.

I have known about this technique for awhile but my participation in Kidlit Summer School refreshed my willingness to try new story creation strategies. And it helped with my own version of writer’s block, which again had nothing to do with not being able to write. My version had to do with creating an interesting story with a twist in the end. I wrote about a boy caring for caterpillars. I wrote all of the dialogue and the chronology of events. But like the funny meme on the internet right now, the surprise isn’t that the caterpillar becomes a butterfly.

In order to address the symptom of writer’s block which really indicated I didn’t have a good enough obstacle in my story, I started brainstorming. What obstacles could prevent my main character from reaching his goal?

1. He is grounded and caring for the caterpillars is his punishment.

2. He wants to start a lawn mowing business but can only get this job.

3. He’s scared of bugs and caterpillars and butterflies and doesn’t want people to know.

The story isn’t about the caterpillars now. It’s about the boy and how he changes and overcomes these obstacles. So how could he change?

1. He  learns to love nature and enjoys the caterpillars. He even misses them when they fly away.

2. He realizes how great the job is and begins raising them.

3. He gets over his fear and loves the butterflies.

Number 1 and 3 are similar. What if he wants a real pet but his test is to keep the caterpillars alive? Or what if they are part of a summer school assignment?

There are lots of ideas here now. And the problem isn’t not knowing what to write, it’s knowing which one is right. But I won’t sit around pondering. I’ll pick one and write it out because the max word count for my target publication is less than 1000 words. Then I’ll write out another, and maybe a third.

When you have writer’s block, what is it warning you about in your writing?

How do you beat writer’s block?

(Hey, Butterfly Boy! That’s a good title! I’m liking the boy who is scared of butterflies tackles a job of raising caterpillars…)