Growing up in Maryland, I never thought I had a local dialect or accent. I also never thought I lived in the south. But when I went to college, I made friends from Long Island (who had NY accents) and they often commented that I had “such a southern accent.”

I didn’t have an accent, I insisted. Although my mom grew up in Baltimore I never said “zinc” for “sink.” My dad was from Cleveland but I never said “pop” for soda. I was neutral. But I was wrong.

I said “Warshington” and I said “y’all” when referring to a group. But no, I did not sound like a Southerner. Talk to people from Virginia and on down!

Now I live in Pittsburgh and I’ve stopped saying “Warshington” but “y’all” slips out once in awhile. I’ve tried to adjust my language to be more neutral all while resisting the influence of local Pittsburghese, especially one that bugs me.

There’s a joke only newcomers to Pittsburgh get. It’s a one liner that says “Or not.” And then the caption is “If Shakespeare was from Pittsburgh.”

Many (not all) people born and raised in Pittsburghers by native Pittsburghers leave out “to be” from sentences. It’s part of the regional dialect. It was funny when I first noticed it, but irritating when I realized even teachers did it in school and influenced my kids to do it, too. Check out the note on my child’s homework! 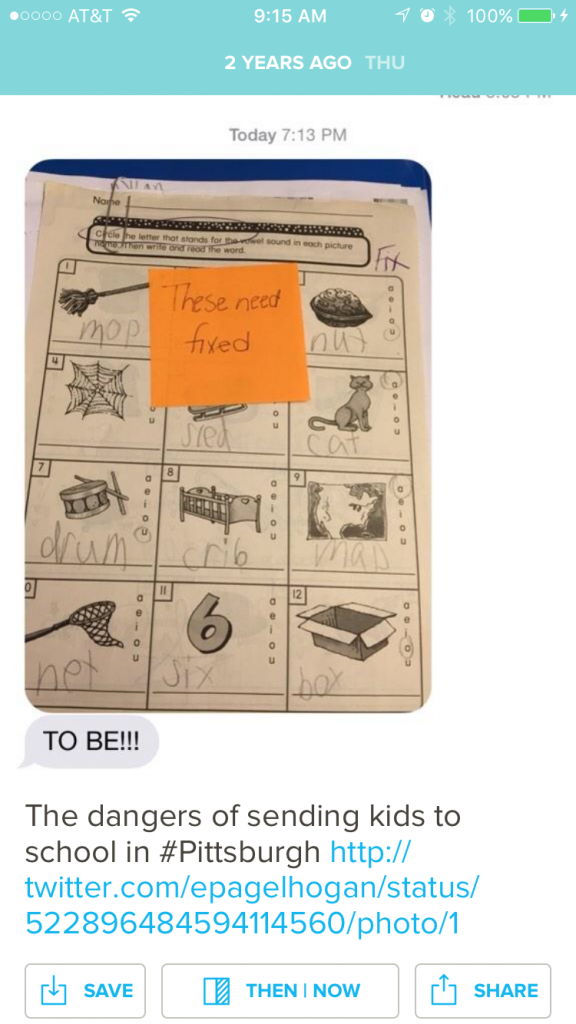 Nope. Just deleting “to be” doesn’t make the sentence correct or make it active voice. I think instead, to be in the active voice, the note from the teacher should say “Fix these.”

Now let’s say you’re writing a story or novel based in Pittsburgh. And you really want it to sound authentic. You could use this little feature of Pittsburgh and people in the know would nod their heads in recognition. And if you want to add in more authentic Pittsburgh speech, grab the handy book called “How to Speak Pittsburghese.”

Books that Depend on Dialect

Some books really depend of dialect. The dialect becomes part of the setting. It makes the setting more real and turns characters into real people. Not too long ago I shared two books really where dialect drove the story. Dive into them and when you emerge, you’ll be convinced.

But what if you want to write about characters from other places you haven’t visited? How can you find out about local dialects? Here are three ideas:

The internet is so helpful for this kind of thing. I did one search and found two useful results right off the bat.

There’s a huge website dedicated to regional dialects by Rick Aschmann. I can’t comment on how accurate it is, academically, but it’s really interesting to explore. Where I grew up in central Maryland looks like part of the Atlantic Midland. Pittsburgh is also part of the Midland, but listed as a sub-dialect. So cool!

The Washington Post also shared a map of dialects and links to YouTube videos of people sharing their local dialects. I like the idea of the video because you can hear how people say things, not just read them or guess at pronunciations.

So what’s unique to the dialect where you live?