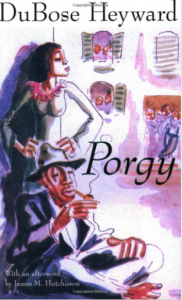 Does your story require writing in a regional dialect? I recently finished reading two books, Porgy and The Owl Service, that I believe were dependent on regional dialect to truly convey the stories and characters.

Last year, I picked up Porgy

after I heard an interview on Fresh Air with one of the performers in the current stage revival of Porgy and Bess. I had never seen the musical and didn’t know the story, but the discussion about the various characters in the story intrigued me. The book thrilled me. The characters were fully developed, their needs and wants were clear and the obstacles they had to face were believable. Also, the dialect helped transport me to another world and often helped indicate the balance of power in the story, especially in situations where the blacks in Catfish Row spoke with the white police detectives. 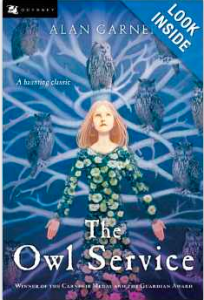 This past month I finished The Owl Service

. It was on the list of 100 books all 11-year olds should read as compiled by Philip Pullman. This book was a challenge for me! While I adore weaving ancient legend into modern life, I admit the ending was a bit over my head. I didn’t quite get it, probably because I don’t know the Welsh legends as well as I should. But I did love trying to come to grips with the Welsh dialogue. It was just as stimulating and challenging as the dialogue in Porgy. And the confusing tenses and vague word usage of the native Welsh also confused the wealthier English characters in the story. Language and dialect again revealed tension and inequalities in power.

Both novels needed that unique way of speaking to be conveyed to really transport the reader into that special world of the particular story.

I’m working on a vignette or ultra-flash fiction story about a teenager in love with a zombie. I’ve received some excellent feedback and critiques, including the fact that I need to incorporate more teenager dialect. Since there are at least two decades between me and my teenage experience, I am thinking I either need to hang out at the mall more (do teens still do that?) or watch more teen tv. The problem is I don’t really have time for either, to be honest.

If you want, or need, to incorporate dialect into your story, how do you find it? And how do you capture it?