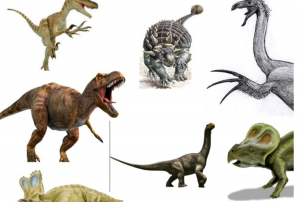 I’m working on a new kids ebook project and it’s part bucket-list, part platform builder. I’ve created kids ebooks before, but for this project I felt it was important that the ebook exist as a standalone app and not get buried in an e-reader. I’ve also always wanted to create an app and I’ve had several simple ideas but I don’t have the skills needed to program an app. To be honest, I also didn’t want to spend the time to learn how to program an app using even the simple toolkits available online – and there are some good ones! I’d much rather learn the steps overall process but have people really skilled in certain areas complete the tasks and pay attention to details I would overlook.

So, here are the steps I’ve taken in creating my new kids ebook project.

1. Identified the topic. I’m working with dinosaurs because my oldest has loved them since he was a baby and because lots and lots of boys and girls throughout the world love dinosaurs. I like kids ebooks that utilize take a familiar children’s song or tune, so I started there and added a dinosaur element. I brainstormed three ideas and then started doing some research on artists, copyright law, musicians, and app developers.

2. Commissioned the artwork. Finding the artist came quickly. I’m working with artist Felix Eddy and her unique creations are both reasonably priced and beautifully done. She created the initial seven images I asked for to start the book. Right now she is on hold while we decide file formats and how many additional images I need to complete the project.

3. Learned about copyright law. So, my first ebook idea is had to be taken off the list. I can’t do a work based on the Hokey Pokey because that song is owned by Sony/ATV Music Publishing and the idea I had was a derivative work, not a parody. Big publishing houses have the resources to use copyrighted material in kids ebooks, but not self-publishers like me. So I’m exploring options two and three which I think are also strong.

4. Find a musician. Thanks to a conversation with my friend Shawn, I was connected with Scott Imblum, who owns a music school and also worked with the Pittsburgh Technology Council. He is ready to help me with the audio portion of the ebook as soon as I get to that stage. And he also helped an incredible amount with finding a developer!

5. Developers are tough to find. They are out there, but this is a small project and not likely to earn a lot of money, so I’m looking for the perfect combination of a developer who’s willing to work on kids ebooks for a rather small amount of money but still has the skills I need to create a really great user interface. So far I’ve talked with two sets of people who connect me with developers and I have a phone call with a third person this coming week.

In a future update, I’ll share some of the simple app development toolkits that developers have shared with me and talk about the Kindle Kids Book creator program. I’ll probably use that to release a version of this book and see how easy or hard the process is.

One Response to “Kids Ebooks Project”