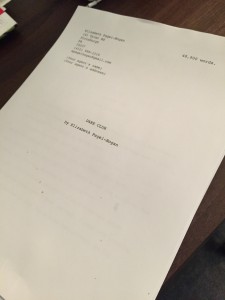 I’ve still got quite a lot to read, but I’m making my way through the list. Have you read any on this list? Which are your favorites?

READ * Alice’s Adventures in Wonderland and Through the Looking Glass by Lewis Carroll. Indispensable. The great classic beginning of English children’s literature.

READ 2014 * Pinocchio by Carlo Collodi. What effortless invention looks like.

READ 2014* Emil and the Detectives by Erich Kastner. A great political story: democracy in action.

READ 2014 * Swallows and Amazons by Arthur Ransome. As clear and pure as Mozart.

READ 2014* Moominsummer Madness by Tove Jansson. Any of the Moomin books would supply the same strange light Nordic magic.

READ 2014 * A Hundred Million Francs by Paul Berna. A particular favourite of mine, as much for Richard Kennedy’s delicate illustrations (in the English edition) as for the story.

READ 2014* The Star of Kazan by Eva Ibbotson. The heroine is blessed with such wonderful friends who help her through the twists and turns of this incredible journey.

READ 2014 * A Christmas Carol by Charles Dickens. The first few pages were so engaging, Marley’s ghostly face on the knocker of Scrooge’s door still gives me the shivers.

READ 2015 * Just William books by Richmal Crompton. These are a must for every child.

READ 2014 * The Happy Prince by Oscar Wilde. This was the first story, I think, that ever made me cry and it still has the power to make me cry.

READ 2013 * The Elephant’s Child From The Just So Stories by Rudyard Kipling. The story my mother used to read me most often, because I asked for it again and again. I loved the sheer fun of it, the music and the rhythm of the words. It was subversive too. Still my favourite story.

READ 2013* Treasure Island by R.L. Stevenson This was the first real book I read for myself. I lived this book as I read it.

* The Old Man and the Sea by Ernest Hemingway. A classic tale of man versus nature. I wish I’d written this.

* The Man Who Planted Trees by Jean Giono. A book for children from 8 to 80. I love the humanity of this story and how one man’s efforts can change the future for so many.

* The Singing Tree by Kate Seredy The story of two children who go to find their father who has been listed missing in the trenches of the First World War.

READ * The Secret Garden by Frances Hodgson-Burnett. I love this story of a girl’s life being changed by nature.

Katy Guest, literary editor for The Independent on Sunday

* Refugee Boy by Benjamin Zephaniah. Story of a young Ethiopian boy, whose parents abandon him in London to save his life.

* Finn Family Moomintroll (and the other Moomin books) by Tove Jansson. A fantasy series for small children that introduces bigger ones to ideas of adventure, dealing with fear, understanding character and tolerating difference.

READ 2013 * Diary of a Wimpy Kid by Jeff Kinney. It’s rude, it’s funny and it will chime with every 11-year-old who’s ever started a new school.

* I Capture the Castle by Dodie Smith. Written for a teenage audience but fun at any age.

READ * The Hobbit and The Lord of the Rings by JRR Tolkein. Be warned, these tales of hobbits, elves and Middle Earth are dangerously addictive.

* The Tygrine Cat (and The Tygrine Cat on the Run) by Inbali Iserles. If your parents keep going on at you to read Tarka the Otter, The Sheep-Pig and other animal fantasies, do – they’re great books – also try Iserles’ stories about a cat seeking his destiny.

* Carry On, Jeeves by PG Wodehouse. A grown-up book – but not that grown-up.

READ 2015 * When Hitler Stole Pink Rabbit by Judith Kerr. Judith Kerr’s semi-autobiographical story of a family fleeing the Nazis in 1933.

* Moving Pictures by Terry Pratchett. Elaborate mythological imagery and a background based in real science. If you like this, the Discworld series offers plenty more.

* The Adventures of Sherlock Holmes by Sir Arthur Conan Doyle. Irresistible puzzle-solving tales of the chilly Victorian master-sleuth and his dim medical sidekick.

* The Curious Incident of the Dog in the Night-Time by Mark Haddon. Age-transcending tale, both funny and sad.

* Mistress Masham’s Repose by TH White. Magical story of 10-year-old Maria, living in a derelict stately home, shy, lonely and under threat from both her governess and her rascally guardian.

* How to be Topp by Geoffrey Willams and Ronald Searle. Side-splitting satire on skool, oiks, teechers, fules, bulies, swots.

* The Silver Sword by Ian Serraillier. Inspiring wartime story of the Balicki family in Warsaw.

* Red Cherry Red by Jackie Kay. A book of poems that reaches deep into our hidden thoughts but also talks in a joyous voice exploring the everyday.

* Talkin Turkeys by Benjamin Zephaniah. A book of poems that demands to be read aloud, performed and thought about.

* Greek myths by Geraldine McCaughrean. Superheroes battle with demons, gods intervene in our pleasures and fears – a bit like the spectres in our minds going through daily life, really – beautifully retold here.

* People Might Hear You by Robin Klein. A profound, suspenseful story about sects, freedom and the rights of all young people – especially girls.

* Noughts and Crosses by Malorie Blackman. A book that dared to go where no one thought you could with young audiences because it raises tough stuff to do with race.

* Einstein’s Underpants and How They Saved the World by Anthony McGowan. A crazy adventure set amongst the kids you don’t want to know but who this book makes you really, really care about.

* After the First Death by Robert Cormier. Cormier is never afraid of handling how the personal meets the political all within the framework of a thriller.

* The London Eye Mystery by Siobhan Dowd. A book that allows difference to be part of the plot and not a point in itself.

This list originally appeared on my personal blog, Try It and You May.