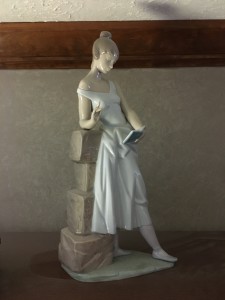 Is this innocent reader to blame?

Let’s say you’re reading a book and the author makes a reference to something and you just don’t get it. It could be a phrase, a symbol, a name. Whatever it is, it doesn’t make sense to you. Some readers might feel confused and give the book a bad review. Some readers might just skip over parts they don’t get, finish the book or story, and go on with their lives. Some intrepid readers might do a little research online to try and understand what they read. I think the worst scenario is the reader who doesn’t even know they didn’t get some understand some reference, finishes the story and says, “huh? didn’t make sense” and then leaves a bad review.

Is the problem bad writing or bad reading? Is it the writer’s fault? When is it the reader’s fault?

I’ve been watching a lot of The Good Wife lately. Yes, I’ve been binge watching. But this is a darn good show. First, I love the focus on female characters. Second, the story line is strong and compelling. Third, it also explores a lot of psychology and motivation of people. Many episodes also explore the concept of blame and responsibility.

(See, binge watching can be good for writers!)

I think it would be really cool to have a courtroom style drama to explore whether bad writing or bad reading is to blame when certain parts of a story are not understood.

“You Honor, the book didn’t make any sense. No writer can expect a reader to understand the phrase Plumtree’s potted meat.”

“Objection, your honor! Any well-read reader knows that a home without is incomplete!”

[the above is excerpted from my not-yet-written one-act stage play in which James Joyce is charged with obstruction of instruction.]

Yes, I’ve been reading Ulysses and learning a massive amount from his densely symbolic writing. Let me just say it’s been quite an education. But seriously, Ulysses is an excellent example.

I don’t have the grounding in the daily life of early twentieth century Dublin to get all of his references, just as much as I didn’t get all of the references in T.S. Eliot’s The Wasteland or those short stories by David Foster Wallace.

Is it really Joyce’s fault if I don’t quite get all of the things he has to say in his really excellent, moving, comical, intellectual, insightful story?

The condom and the burka

(Here we come to another interesting question. Do symbols really have meaning once they leave the hands of the writer? Once a writer puts a symbol in the story, they are leaving the symbol open to the interpretation of the reader. As a reader, I can imbue those symbols with something that matters to me and that something could be quite different from what the writer intended. I did this recently at my critique group where I applied a much deeper meaning to a condom and a burka than my fellow writer had intended. This is a longer discussion.) 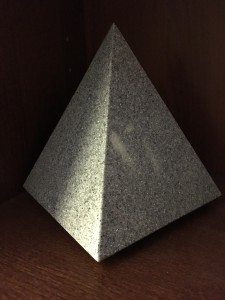 But back to the main question. Let’s say it’s important to the story, When is a failure to understand a reference a problem with the reader’s background, or with the writer’s writing?

At a recent critique group, we faced a problem I often hear when reading someone’s work and we have the chance to question the author.

I used the name “Selene” as the name a Moon base, used the phrase “star sailor” to describe a Greek astronaut, and had a character make a claim to another character that “we are all made out of stars.”

More than one person didn’t get my references and suggested I take them out of the story. But my story is about a child celebrating Christmas in his home on the Moon. Is it my fault as a writer that they didn’t get my carefully chosen words and phrases? And if it is writer error, how can I address that?

This story about Christmas on the Moon is intended for kids and it’s meant to be a short story. I have word limits, and I think adding in things like “the moon base was named Selene because that’s the name of the Roman moon goddess and NASA has a history of naming their space projects after mythological deities” is a bit awkward for story flow.

How else do readers figure out symbols and meanings when they aren’t in English Literature classes writing papers? Maybe they won’t get it. But if they don’t get it, then they might not enjoy my story as much. But is that my problem? It could be, if it gets bad reviews or if people feel I’m a terrible writer because of it.

Maybe it’s question of finding the right audience. But wow does that feel like a gamble.

(P.P.S. – Then he just made a huge claim that not every symbol needs to be gotten! Then I countered that it feels so disheartening to think people would read my story and miss out on some of my favorite little symbols. And he said, “Some will, some won’t. Those that do get it will enjoy a happy accident, a little serendipity.” So I said, “it’s not serendipity when I put it there on purpose.” And he said, “touche.”)

Now what do you say?