Graphic novels are so hot right now. When I was growing up, I only remember reading Maus, a story about mice in World War 2. But now graphic novels about growing up are all the rage.

Graphic Novels We Have Loved

My oldest first read a graphic novel version of The Red Pyramid, then dove into a graphic novel version of A Wrinkle in Time. Then we both loved Roller Girl and El Deafo. After that, both boys plowed through all four Reina Telgmeier books: Smile, Sisters, Drama, and Ghosts. For Christmas, my oldest got the first book in the Amulet series. He said it was scary, but wants to read the rest of the seven book series. We also read American Born Chinese, but I think a lot of the elements of that book were over the head of my middle son.

Reading Reina’s books helped my fourth grade identify which kids in his class thought it was ok to make fun of gay people. I love that the majority of the graphic novels they have read have female protagonists. And in some cases, the books don’t tell incredibly grand stories. Instead they highlight the everyday challenges of growing up.

Now I am no illustrator, but for fun I’ve decided to create an graphic novel of my sixth grade year.

I’m aiming for six pages that highlight six things from sixth grade. I know many of my memories aren’t going to be positive, because sixth grade was a tough year.

I don’t have a catchy title yet, so for now I’m calling it 6th. It’s nothing fancy, but it’s honest.

A graphic novel about sixth grade.

(Remember, illustration is NOT my forte.) 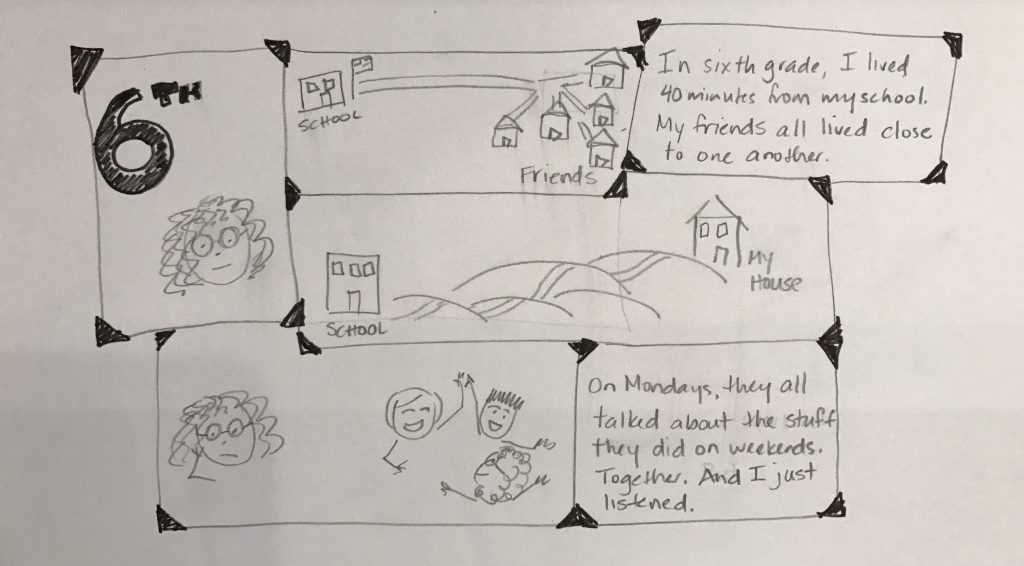 Friendships are hard in sixth grade. 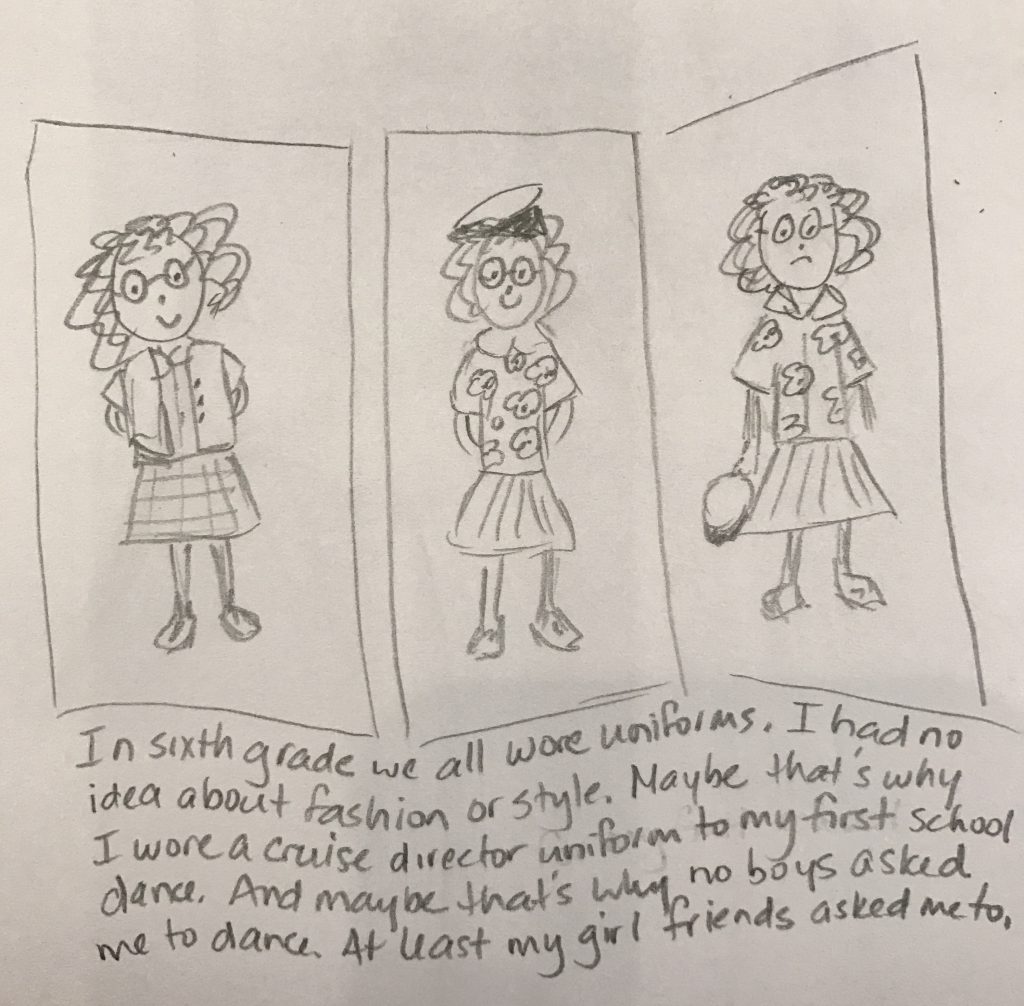 If you had to pick one year to make a graphic novel about from your life, what would it be?

One Response to “Graphic Novels About Growing Up”