Are northern saw-whet owls the cutest birds in the world?

Earlier this year, my family adopted a northern saw-whet owl for me. I couldn’t wait to meet the little critters in person, plus participate in some community science. So I waited for the announcements from the National Aviary to join in Project Owlnet.

Unfortunately, the spring lockdown meant it was cancelled. But in the fall, we were able to join Project Owlnet while safely socially distancing outdoors. 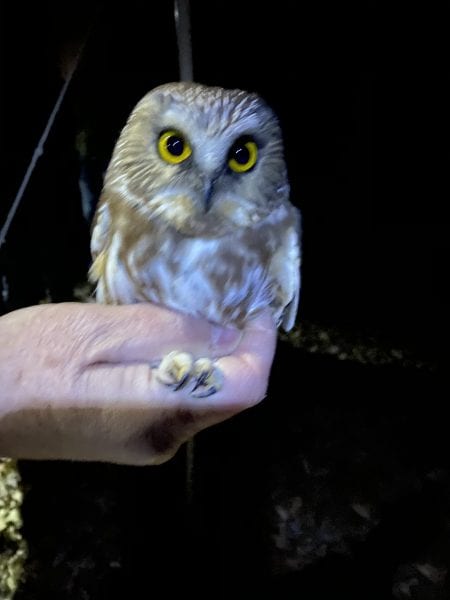 We walked through dark woods to the mist nets that waited to catch the owls as safely and softly as possible. A recording of the saw-whet call, an insistent “toot, toot, toot” echoed through the trees. The owls are migrating south and don’t actually make noises as they fly. But the recording calls them low to the ground – why, researchers don’t exactly know. They wait in the net until we released them. We checked the nets frequently. The owls are about as big as an adult’s hand. But they are feisty. They snapped their beaks to scare us. But their big golden eyes were endearing and their soft feathers were irresistible. 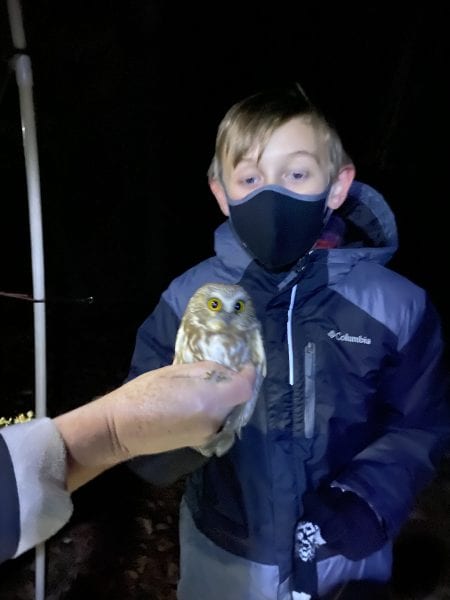 We carried the owls back to the picnic table and took several measurements. We measured wing size, tail length, and estimated age by looking at wing feathers. We blew open feathers on their chest to measure fat tissue. We put them upside down in plastic cups to weigh them! All the owls we caught were big, for saw-whets, and were female. They were brave little ladies. 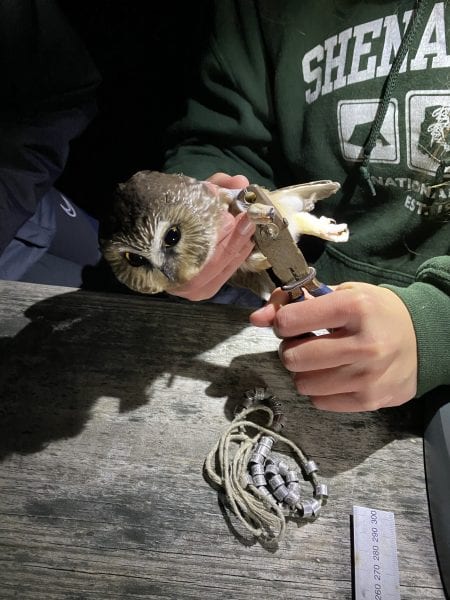 After recording all the data, we took turns stretching out our arms like tree branches, setting the owls on them, and watching them fly away. We quickly lost sight of them in the dark, but I’m sure they could see us perfectly.