Is #PitMad worth it?

Did you have any luck at the most recent #PitMad? I think a lot of people think that unless they get a book contract sent via DM that day, they failed. But I say you need a broad definition of success.  Here’s how it worked for me, and why I think it’s worth it.

Then I tweeted it again in September 2019. An editor liked it. So I contacted the editor. She told me her publishing house didn’t do picture books. So she asked if I’d put together a middle grade proposal. I said YES!

But they said NO. Or at least, they said “not at this time.” Here’s the direct quote:

“While we aren’t ready to make an offer on this proposal right now, I’d be happy to follow up with you in a few months…”

So I took the proposal to SCBWI NY 2020. I pitched it at a pitch session there, and an agent asked to see it. In September 2020, she said “I don’t like it like this – would you rewrite it as a graphic novel?” The picture book that became a middle grade nonfiction is now a middle grade historical fiction graphic novel. After a lot of research and writing, I’m almost done the first full draft.

BUT. ALSO. The editor who first liked my tweet? I contacted her in August 2020 and asked if she had any projects that needed authors. She said YES. And after I sent in two proposals, then revised one, and revised it again…I got a contract for Animal Allies. 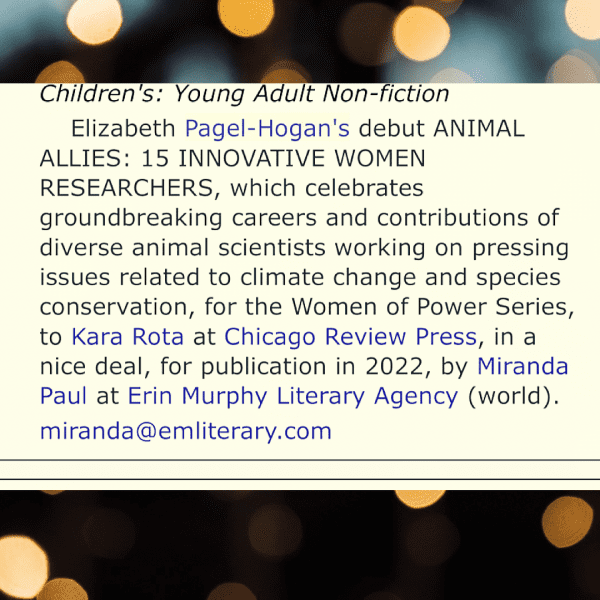 And as you can see, I signed with my wonderful agent, Miranda Paul.

That’s how #PitMad worked for me. The next #PitMad is in December. Give it a shot. And keep your definition of success nice and broad.