I’m excited that my story “The Best Web” is now available for readers of all ages who need a little encouragement! 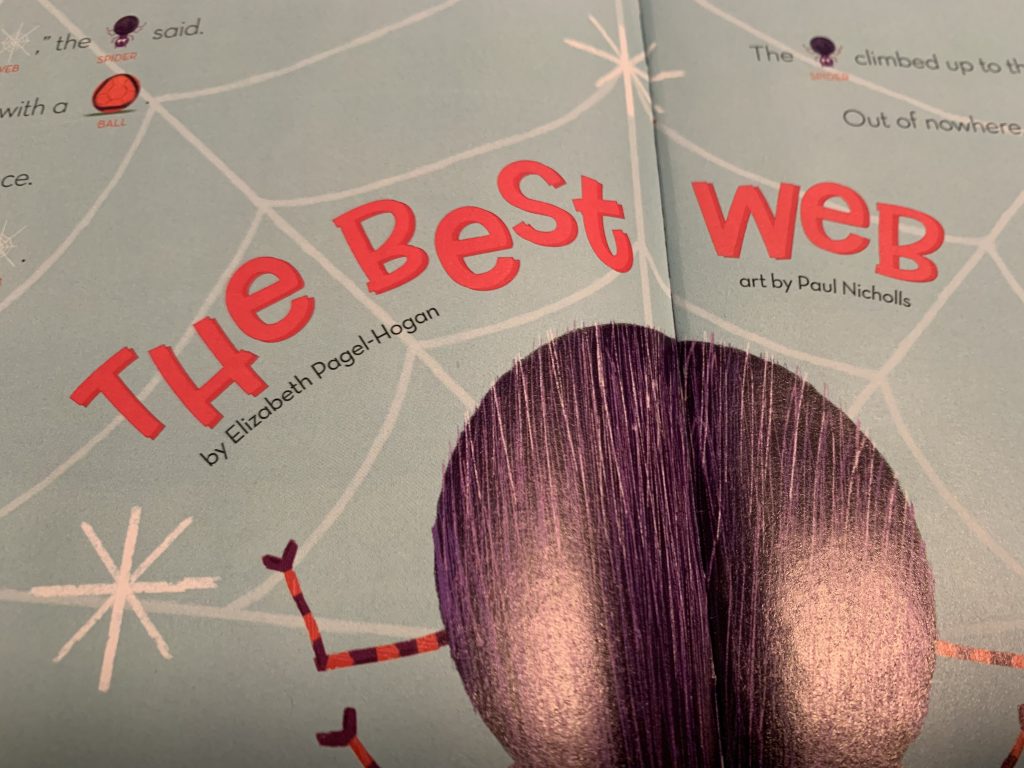 I get to create cool crafts like this one that is in Highlights for Children!

Pick up a copy of the August 2019 issue and try out the Paint Poppers activity!

My youngest said it didn’t work for him, but it worked for me. Let me know if it works for you. 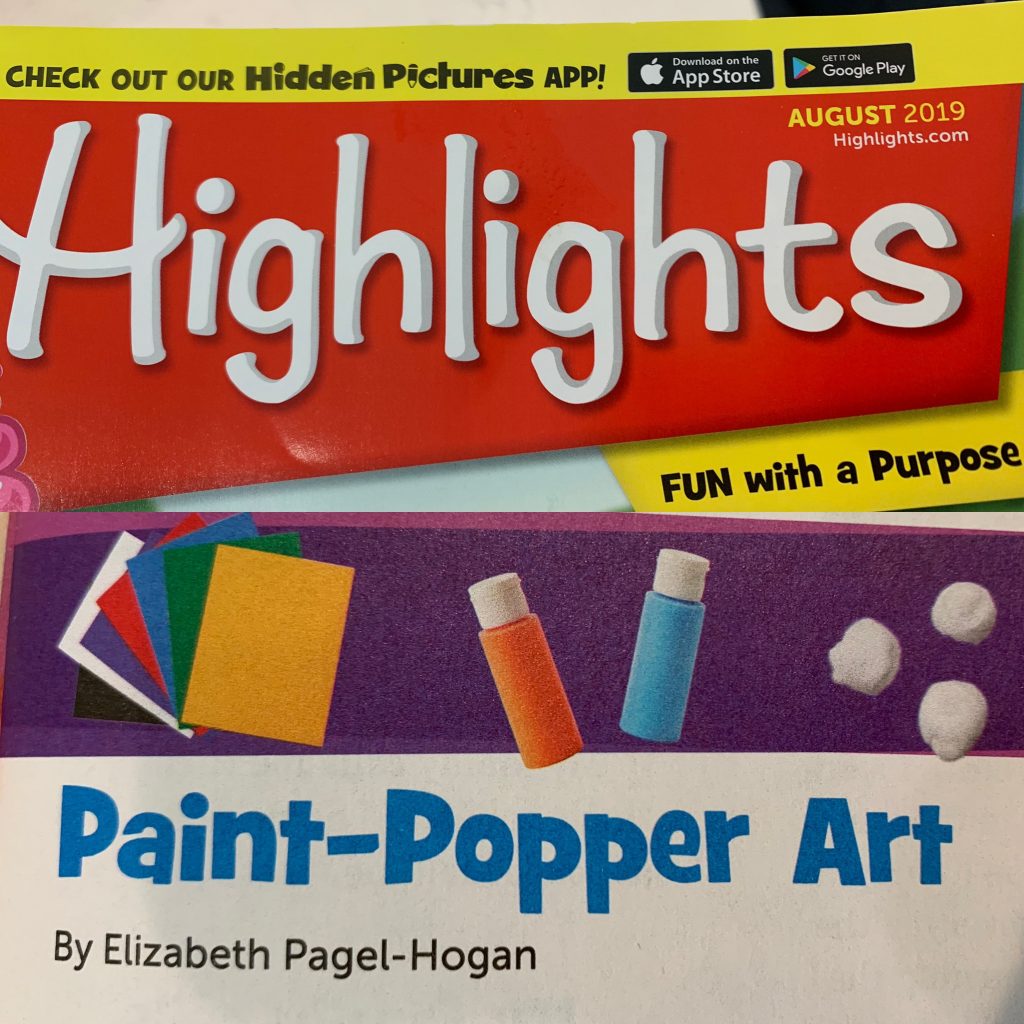 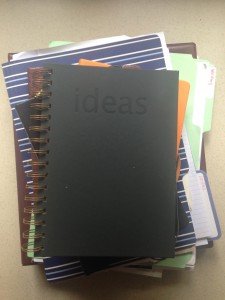 Are you ready for an incredible journey?

It’s time for a Questing Stone.

I’m excited to share that my new creative kids’ activity is now published in Highlights for Children! Check out the July 2019 issue and look in the crafts section. There you will find the instructions to make your very own Questing Stone!

(Read to the end to find out why this isn’t just for kids.) 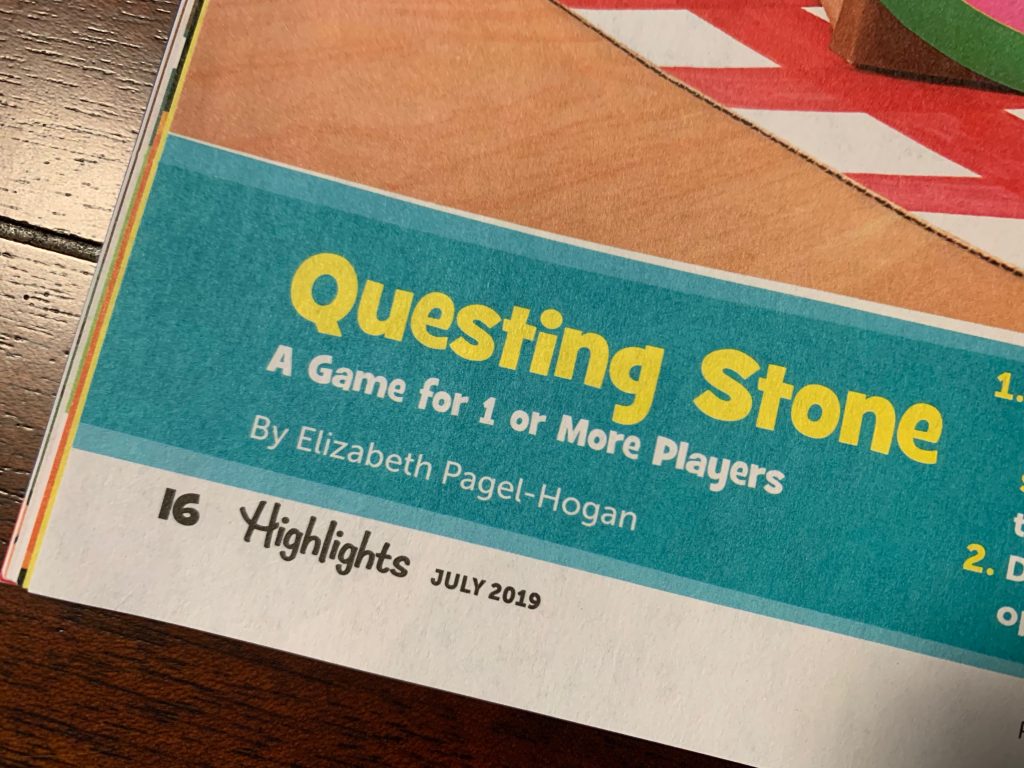 The Questing Stone activity is a perfect summer activity for kids. It’s something I would have made as a kid.

It’s a combination of some of my favorite things. I love going on imaginary adventures. I love anything with a hint of magic. As a writer, I love traveling and going on journeys. Stories – whether I am writing them or reading them –  combine all of those things.

I really enjoy all of the non-fiction writing I do, but it’s so fun to let go and jump into a fiction tale with both feet.

Here’s the part about why this stone isn’t just for kids.

You Need a Questing Stone

Grown-ups, it’s time to be brave.

We get so caught up in managing our days, getting our tasks done, doing what we have to do, instead of what we want to do. Wouldn’t it be nice just once to let fate decide? To discover your destiny instead of following the same old path?

Writers, illustrators, artists, dreamers, this is your chance. Make your Questing Stone. Start your journey. When you come to a fork in the road, a moment of choice, let the stone guide you. Let the possibilities awake. Don’t limit yourself to what should be. It’s time to find what could be.

When you stop trying to be in charge then a different part of your brain emerges. Stories bloom in new ways. Images shift their orientation. Perhaps a shy character from the background shows you their heart. Maybe a hero turns to a villain. And a new twist makes you catch your breath.

Discover the unexpected, the surprising, the wonder waiting inside you.

One thing I need to work on is adding in my character’s inner thoughts. How do you like to do that when you write? 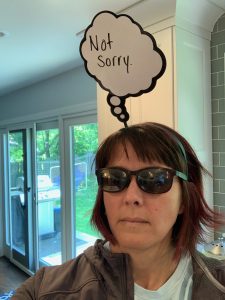 I was excited to see “Treasure in the Woods” published. I hope readers love joining Claude the Bear and his Grandma on their treasure hunt! 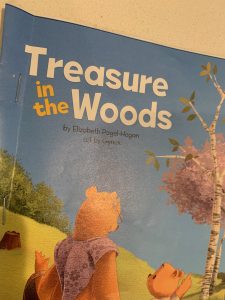 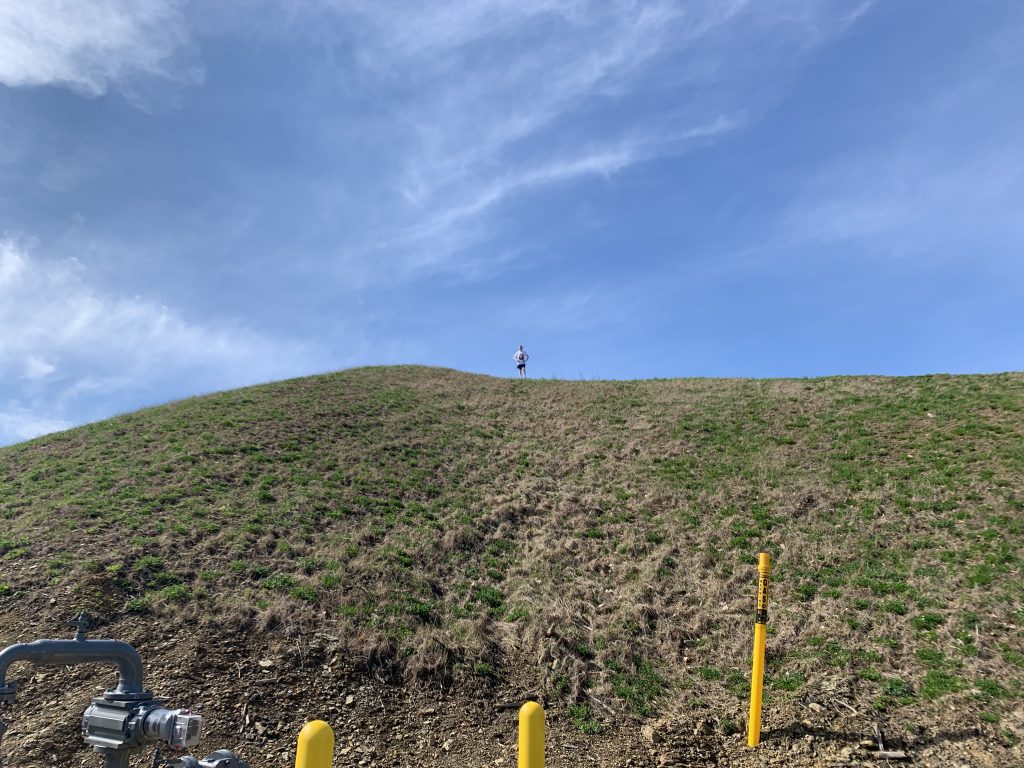 You character encounters a huge hill.

Does your character go up the steepest part or look for an easy route?

Does your character search for a marked path or forge their own?

Does your character worry it’s against the rules to climb it?

Does your character give up halfway?

Once your character is at the top, what happens? 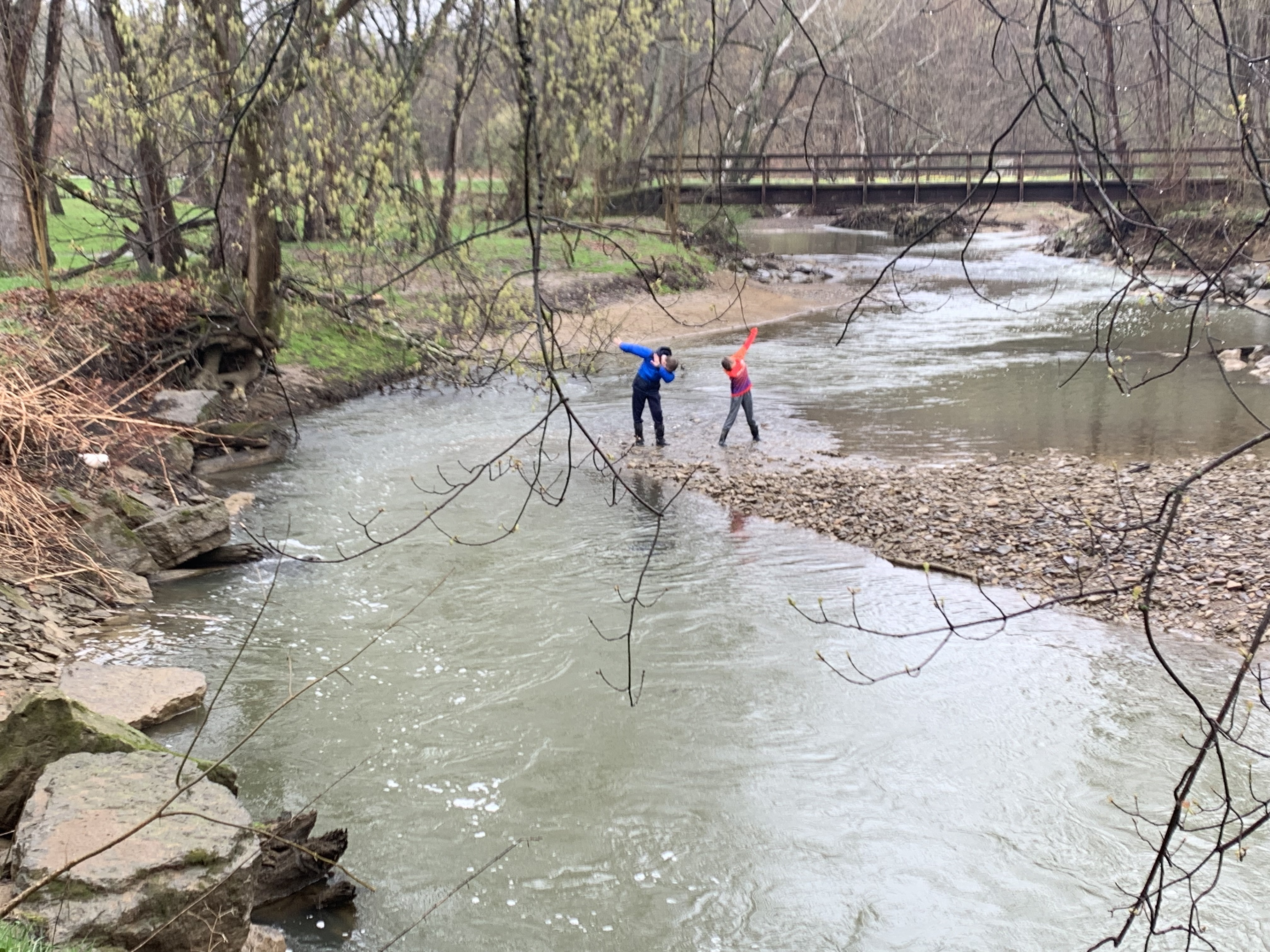 Scenario: Your character arrives at a creek. The water is fast but not deep.

How well do you know your character? What would they do?

Stay high and dry on the bank?

Venture out onto the rocky peninsula?

Fall in accidentally? On purpose?

Would they not even know what a creek was?

Would they hunt for food?

There’s nothing like the rush of getting stories published. I have lots of magazine publications and now several educational publications. Every time I hear that a magazine or publisher wants to use my writing, I celebrate.

I was able to share that feeling with the kids in Ross Writing Club. We just finished the first ever Ross Writing Club at our elementary school. We met after school on Mondays for an hour for six weeks. Kids wrote all kinds of stories. We talked about plot, character, endings and word choice. They revised their own stories. They critiqued each other’s writing.

Then we published a collection of their stories. We had 31 writers and this book is 64 pages long! 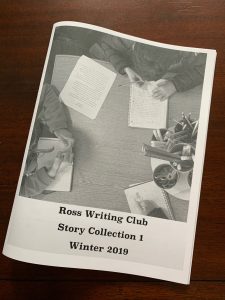 We had a book launch to celebrate their hard work and creativity. At the book launch, some of the writers sat at a table and were interviewed about their work. It was so memorable and fulfilling for me. I truly hope the kids felt the same. I’m especially proud of these two writers. 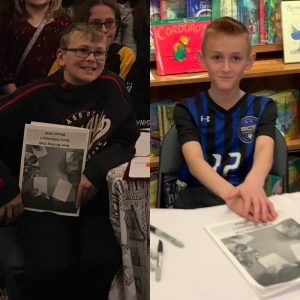 The book is also available in the local authors section of our library! I know the kids were especially excited about that. I knew just how they felt. 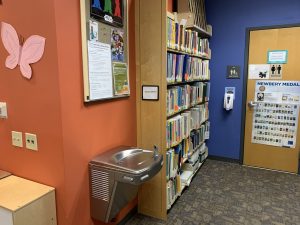 Writers of any age love getting stories published. But it’s never easy.

In addition to writing club, I’m also a writing coach for a young man. His goal is to be a horror writer. That’s not easy for a young person. One of his first obstacles, like a writer of any age, was finishing his stories. He worked on that. Now he has several completed stories. The next step is getting published stories. He wants to submit them to magazines or journals. But it’s tough finding the right fit for your work.

I finally found a publisher for a story I wrote back in 2013. It only took six years. I’m persistent.

It’s not easy finding a place to publish your work. What are your strategies for finding the right publication?

This is a big writing weekend!

On Saturday, I’m heading to an SCBWI workshop exploring diversity in children’s writing. I’m really looking forward to learning from the two exciting speakers at the event. They are Lorian Tu, an illustrator, and Brittany Thurman, an author.

There’s still time to register for this event and add it to your writing weekend.

I love learning about cultures, perspectives, experiences, and ideas through reading and art. I expect these two presenters to offer some challenging questions for the workshop participants to consider. But they will also take questions from the audience.

I have questions for them about how to write with sensitivity and honesty, but I also want to learn how to improve my storytelling in general. I am looking forward to this event very much.

On Sunday, I will join members of the Ross Writing Club for their book launch celebration at Riverstone Books. After six weeks of hard work, the young writers will get to see their finished stories in a book. I can’t wait to hear their thoughts about the whole process. I’m also excited to see them share their stories with family and friends.

If you’re in Pittsburgh this weekend, join us! 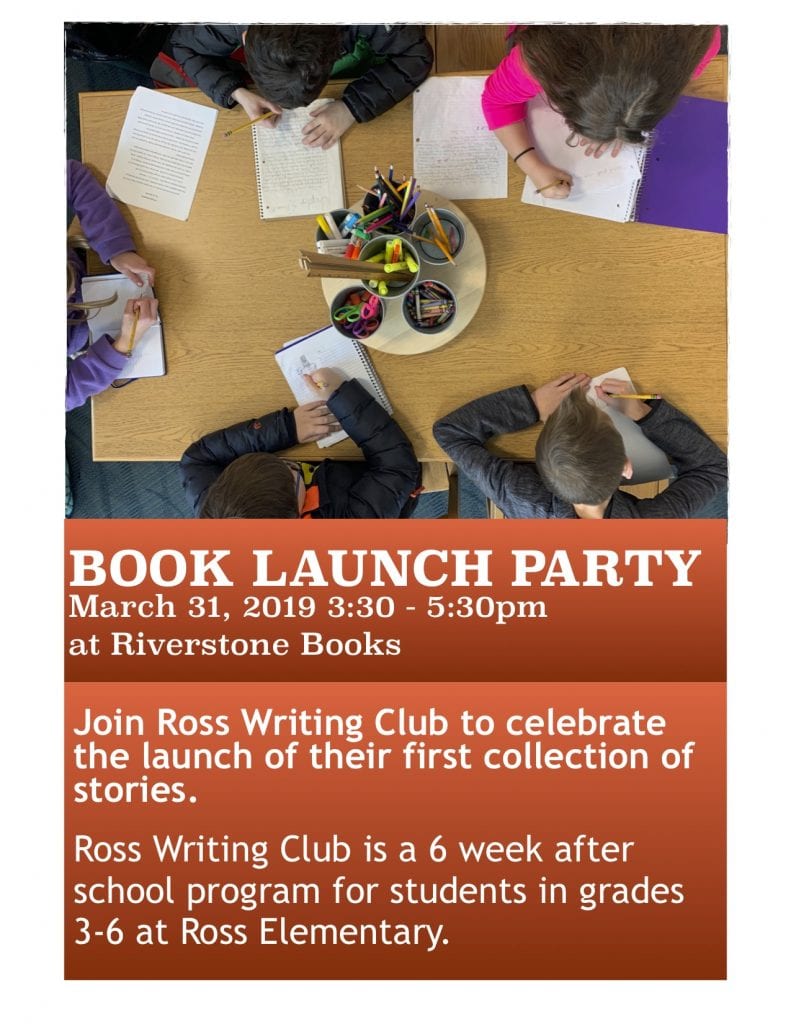 What is on the agenda for your writing weekend?